HELP US HELP THEM

Stop a generation of children from falling into poverty.

We work with businesses to donate some of the £2billion of surplus products generated in the UK every year and redistribute it to people living in poverty who need it to survive. We have 20 years of achieving social and environmental impact on a large scale.

Our strong UK-wide network allows us to provide a cost-effective, evidence-based solution that challenges the status quo, while our unique, mutually beneficial platform allows us to do it in the most efficient way possible.

Giving World is all about the redistribution of surplus goods to people that really need them. For free. It’s that simple. 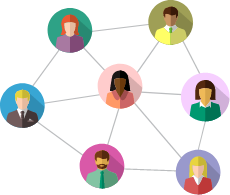 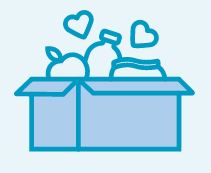 A society where no-one is in need because nothing is wasted.

Sujata and Rama win Women in Business Award for Contribution to the Community.

The Green Life Award, Best Environmental Contribution by a charity. 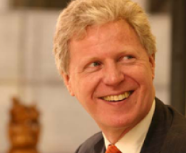 Former chairman of an international fund management group, Charles actually started his career as a barrister after graduating from Oxford. He is currently Chairman of the Human Values Foundation, an educational charity which helps young people develop moral, emotional, social and spiritual values.

“Giving World is a brilliantly simple concept. It provides a practical way for businesses to support worthy causes, while doing their bit to reduce the squandering of the world’s resources.” 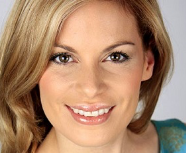 Singer/songwriter Therese has scored number 1 hits across Europe, worked with Dannii Minogue and headlined festivals across the world. She has also very generously written and composed a song for Giving World to use across our media platforms.

“When I heard about the work that Giving World does, I just thought wow, what a great idea. It’s a fantastic way of sharing what we don’t need and putting it to positive use.” 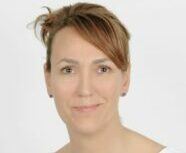 Hilary has a diverse career, from nursing in the UK to Dental Office Manager in Dubai, and sales development across the Middle East. And then to embracing health through teaching yoga, meditation, and spiritual healing modalities. I just love the concept of Giving World, making use of others excess and giving to those in need. I have an altruistic nature, love to share life’s experiences and knowledge, and always at hand for those in need. 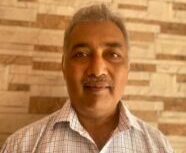 Narayan has worked extensively in the local community in Leicester. Now retired from working at a local school, Narayan enjoys long walks and spending time with his family. He now spends his time between India, where he grew up, and Leicester. A long time advocate of Giving World, Narayan has been on the Board since the charity started 20 years ago. 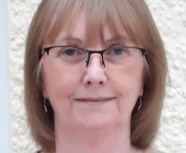 I retired from nursing in 2017 having worked in the operating theatre at Christie Hospital, Manchester and later in general practice for 25 years. My relationship with Giving World started with Konnect9 and has continued through the development of Giving World and Patient Care Packs. I was asked to help as clinical advisor for the Patient Care Packs and invited to join the Board in 2012. My charity experience started by collecting and shipping unwanted NHS medical equipment to clinics in Gambia in 2008. This prompted me to register with Giving World and try and help small local charities in the UK. Since relocating to Anglesey in 2019 I am now involved with local fundraising for Marie Curie. My own projects reflect the philosophy of Giving World of zero waste and I make handicrafts from recycled fabrics to sell to raise funds for local charities. If it can be reused or repurposed then it shouldn’t be going to landfill.

My philosophy is: know the difference between want and need. 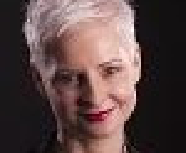 Responsible for launching multiple TV stations and nominated for the Woman of the Future award in 2014, Linda lectures in digital innovation and is a popular keynote speaker on futurology. She helps companies navigate the digital innovation world and runs the social marketing operations for top FMCG brands.

“Be the change you want to see in the world,” Mahatma Gandhi 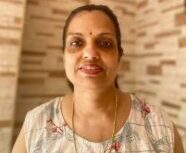 Retired from a long career with HMRC, Pushpa now enjoys spending quality time with her family and supporting the community. Also a former voluntary/community teacher, helping children and young people aged 5-15 realise their potential through a values based learning programme. Pushpa became a Trustee of Giving World in 2020, though she has supported the charity in many ways since inception.

Former chairman of an international fund management group, Charles actually started his career as a barrister after graduating from Oxford. He is currently Chairman of the Human Values Foundation, an educational charity which helps young people develop moral, emotional, social and spiritual values.

“Giving World is a brilliantly simple concept. It provides a practical way for businesses to support worthy causes, while doing their bit to reduce the squandering of the world’s resources.” 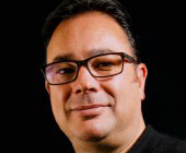 Being in the fortunate position of a marketing academic, previously at the University of Leicester and now The Open University, I’ve always sought to support and learn from the practices of public, charity and cause-focused organisations. For over a decade I’ve worked closely with Giving World and Personal Care Packs through a series of student projects, programme evaluations and supporting strategy development. It is one of the real pleasures of my job that I can support and introduce others to the work of the charity. Especially one which is innovative in outlook and passionate in their commitment to supporting their beneficiaries. 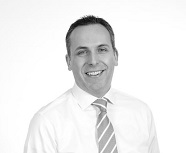 Josh holds a BSc in Finance from the University of Utah and an MBA from Manchester Business School which led to his early career experience with Deloitte, Walgreens Boots Alliance and British Sugar. He has held a number of general management and commercial positions across various industries and is currently a board director for AB Agri, an international agricultural business, and the Managing Director of Intellync, their data and technology division. 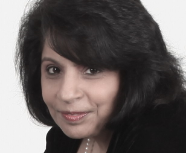 After finishing university, Rama landed the role of Office Manager at a textile company. It was her experience there that laid the foundations of for her to co-found Giving World, in order to provide a platform for diverting the surplus resources to the poorest and most needy people.

“The purpose of life is to live a purposeful life.” 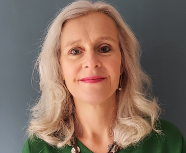 With a fine art degree and a love of creativity, Jo’s work has mostly been with adults and children in an educational setting. Having lived in France, Italy and Switzerland has given her a passion for learning about unfamiliar cultures, which she find interestingly challenging.

“Creativity is the catalyst for change” 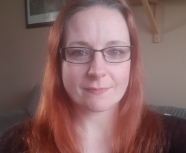 Louise has always loved helping people and naturally progressed more into this field throughout her career. She previously trained as a teaching assistant, specialising in one to one support for special needs. In her spare time, Louise can usually be found in the fantasy world of a good book or indulging her rather eclectic love of all things music.

“Together we can change the world, just one random act of kindness at a time” – Ron Hall 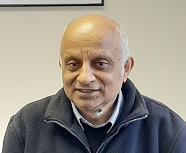 Vinod has volunteered for a number of different charities and food banks in the past. Having always enjoyed helping people who are less fortunate, he strongly believes that working for Giving World gives him a better opportunity to help more people. 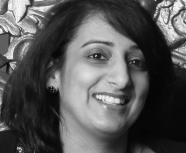 Leicester-born and bred, Sujata graduated in Business & Finance before working in a number of managerial/financial/business support roles. A passionate reader, traveller and listener, she co-founded Giving World with her sister Rama to help those that need it most.

“If you don’t like something change it, if you can’t change it, change the way you think about it.” 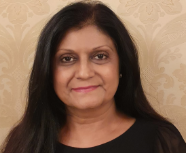 A member of the Institute of Credit Management, Bindu came to Giving World Online as a Trustee during its humble beginnings. Having seen the charity grow from strength to strength has only increased her passion for making a difference in people’s lives.

“I am a firm follower of Mahatma Gandhi’s idea of being the change you want to see in the world.” 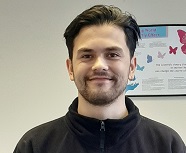 A big fan of Leicester City FC, fashion and music, Tim is currently doing a warehouse apprenticeship at Giving World. As well as learning different ways to work in a warehouse environment, he’s also discovering how Giving World works as an organisation helps people living in poverty.

“As Tony Montana would say, every dog has its day”

This site uses cookies to enhance your experience. Find out more.